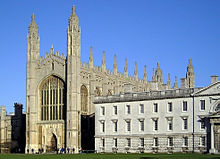 Tomorrow we take our son to college.

Yes, it’s an emotional. We’re taking someone we’ve known for 18+ years, who has essentially been the center of our lives for all that time and putting them in an environment where we no longer have control. He has to sink or swim on his own. High school is more forgiving than college and college is more forgiving than the outside world. So this is a step that still is somewhat protected. That said, it’s still a step and a big one for him.

So, as I tend to do, I want to examine this in a larger context.

Humans are incredibly diverse. We have some common behaviors: religion (in its broadest sense), managing the relationships between men and women, rearing children, language, music. One of the common markers across all cultures is the transition from child to adolescent to adult. It can be as abrupt the onset of menstruation determining a woman is fit to marry or as long as going through high school, college, graduate school, internship and, finally, a job. But the passage is marked.

Evolution suggests that we express our heritage in our behavior and frame. The horse’s hoof is made of the same material as human fingernails, though its form is different. Even the furthest relatives to us, perhaps single celled eukaryotes and even bacteria, still use the same DNA that we do, though they use it differently. It shouldn’t be surprising that our closest relatives show common ground with us in their behavior and frame.

They mark the passage from child to adolescent to adult as well.

In general, chimpanzee community retain the male children while the females migrate away to join other groups. This isn’t universally true. Flo, one of Jane Goodall’s Kasakela community subjects, had several children both males and females. The males stayed with the community as expected but several of her daughters did as well. Flo’s status passed down through her offspring. Several of her sons and daughters gained high status in the community. All of them retained relationships with their siblings and their mother for the duration of her life.

Still, the transition is important. Chimps nurture their offspring for about five years. While the childhood phase passes after that there are often strong sibling relationships—similar to adolescent to child or adolescent to adolescent relationships in human families—for a long time after. Goodall talks about one of her subjects, Sniff, who at six adopted his little sister when his mother died. However, Sniff didn’t manage to get her the milk she needed and she died. Sometimes, adult females will adopt orphaned children. One wonders, then, if Sniff’s attachment to his sister was a help or a hindrance.

You can cast the same story into human terms: a young boy struck with grief at his mother’s death and holding onto his sister as his sole remaining family member. But the boy is too young to care for her properly and the community too disorganized to step in. Tragedy occurs. Would it be any less a tragedy for Sniff and his sister? I don’t think so.

I wonder, then, how the parents of the chimps that leave feel. There’s no direct way to determine the nature of the relationships between parent and child in the chimpanzee. We can infer relationships by how many times one chimp grooms another, how often they are in each other’s company. But we can’t tell if Flo is proud of Figan’s rise to prominence or if she might grieve the loss of a daughter when she leaves for a new community.

When we look at our relatives closely, a gulf opens up, made up of our inability to communicate directly and how we must guard ourselves from projecting human attributes on what is clearly something different. Not to say there is not common ground—there is enormous common ground. But when we try to apply things that are important to us—pride in our children, shame at past deeds, hope for the future, despair at our own inadequacy—these cannot be attributed to our biological cousins. Either there is no way to determine them or the context is too close to us for us to drill down to the common ground.

What would pride in your children feel like if you were a chimp? In what context could it be applied?

I don’t know the answer.

My son is a beautiful young animal. He’s smarter than I am and certainly stronger. I think he feels about things differently than I do. I was far more excited than scared going to college. But I had moved from city to city, state to state, all of my life. The transition from home to college was just a mark of geography. The confidence and skills had already been discovered.

He has had a different upbringing. He grew up in the same place, the same house, the same piece of land and town, from the day he was born. This is a much bigger transition for him. His skills at living outside the family and in a new place are untried and that makes him nervous.

I’m not going to hover over him. But I’m glad he’s only a couple of hours away.