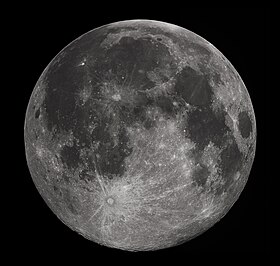 The fundamental problem with getting into space is conservation of momentum.

Specifically, we need propellant. A space ship throw propellant out the back. Momentum must be conserved so when a mass is cast out in one direction, the ship moves in the opposite direction. Momentum is often defined in terms of mass (m) times velocity, such that:

It doesn’t take heavy algebra to see that if you have a low mass, high velocity propellant you can get a higher mass to move a little bit. This is, in fact, what all propellant based systems do. It’s a way of getting energy translated into velocity.

Launch vehicles use chemical reactions to impart velocity to the propellant’s mass. The Saturn V used liquid oxygen and kerosene for the first stage and liquid oxygen and hydrogen for later stages. Some in-space systems use things like a Hall thruster, where an ionized gas such as argon is accelerated out the back end with electrical fields without a chemical reaction. The experimental NERVA rocket used an atomic pile to heat a propellant and release it out the aft. In all cases, the propellant had to be brought along and expended. Once the propellant was used up the space craft was unable to control itself. There are several potentially operational satellites in orbit that aren’t usable because they have no attitude control: they’ve used up their propellant.

It’s fairly clear that a real movement of humans and materials requires we reduce this problem.

There are a lot of ways to do it.

One mechanism is to remove the propulsion problem from the space craft entirely. This is the attraction of electromagnetic catapult or rail guns, solar sails, laser ignition— all under the rubric of ground based or ground assisted propulsion. The idea is that you transfer energy and momentum from the ground to the space craft. You don’t care how heavy it is on the ground. This frees the space craft to only carry what is necessary for its travel. It’s hard to do this from earth: we have a deep gravity well and a thick atmosphere. A lot of easy mechanism that would work, say, on the moon, either can’t overcome the gravity or can’t push through the air. Which is, by the way, why I keep saying we should make a moon base our first priority. Forget Mars. Forget humans in deep space. Once you have the moon a lot of those things come for much, much cheaper.

It’s also the reason for the attractiveness of the space elevator. Ground based propulsion– that is, the elevator’s motors are powered from the ground– and it gets you above the atmosphere. It’s also true that the top of the elevator is high enough from the earth’s surface that the gravity well is considerably reduced.

But we’re still stuck with the propellant problem. Our mythical deep space vehicle needs to dump something out the back end in order to move the front end.

Why can’t we be like a submarine? It doesn’t take water with it. Instead, it imparts momentum to the water in which it floats and thereby gets a return on momentum for itself. Why can’t we do that?

This is the basis of Harold White’s work at the advanced propulsion lab at NASA.

White’s gotten a lot of press recently on his work on the Alcubierre drive concept– and I’ll talk about it, too, since that might someday get us out of the solar system. But his work on the “Quantum vacuum plasma thruster” (Q thruster) is much more exciting.

Remember I mentioned the Hall thruster? It’s well documented and in use. The Dawn mission uses it. It’s a low thrust, high efficiency system nicely designed for long term missions that require a little thrust over a long period of time. Not suitable for human spaceflight but good for many things.

If you look deep into vacuum the space is anything but empty. Virtual particles whip into and out of existence all the time. One would expect that these virtual particles– being virtual, after all– would have no actual effect on the real world except for the Casimir Effect. Turns out if you take two plates and put them extremely close together– closer than a given wavelength of light. This precludes vacuum virtual particles from coming into existence of that wavelength or less. Outside the plates those particles can come into existence. This gives a density difference that can be measured as a pressure.

He’s gotten some interesting experimental results. (See here.) He’s been working with the idea of getting between .4 to 4 Newtons/kW. As a thought experiment, he suggested a space mission with a 50 metric ton payload to Jupiter in 35 days– about the same time it took Columbus to sail from the Canary Islands to the New World. The same mission to Saturn would take 70 days.

Similarly, Earth’s gravitation field is about 9.8 Newtons. Reduce the payload by two thirds but keep the same power source: you have a thrust of 12 Newtons and an effective lift off acceleration of 2 Newtons: 1 kg accelerating at 2 m/s**2. Chug your way into space.

So this is very exciting. This has some proof in the lab– White has a test harness that shows promise. But, if it pans out, it is an engineering exercise to put it into practice. 2 MW is nothing– the solar cells on my house can do that in a few days. A tiny nuclear power plant can do that every second for years.

That’s the one I’m hoping for out of White’s lab. It is not (unfortunately, to me) what is getting all the publicity. That’s the warp drive.

In fact, current theoretical models of the big bang incorporate inflation, where the early universe expanded many times the speed of light. While nothing in the expanding space, light or otherwise, could have exceeded the speed of light, the relative distance between points of space was increasing at multiples of c. This gives an effective travel speed greater than the speed of light.

Miguel Alcubierre was the first physicist see the possibility of FTL travel by altering space. In 1994, he posited that if one could warp space such that it was expanded at one end and contracted at the other, the net result would be a bubble that would transit normal space at multiples of c. This has since been dubbed the “Alcubierre Drive.” However, it required exotic matter, negative mass and an energy requirement that was staggering: something like the mass of the planet Jupiter converted completely into energy.

In 2011, in an exercise for the 100 Year Star Ship Conference, White looked at Acubierre’s equations. He realized that they were sensitive to the geometry of the system. (Paper here.) By altering the geometry of the warp bubble he was able to drastically reduce the energy requirements from a mass the size of Jupiter to something like the mass of a Buick. This is still not a small amount of energy. The numbers being tossed are more than the energy released in the largest nuclear weapon ever built: Tsar Bomba. And it would require actually containing and using such energy.

But by scaling down the energy requirements to something imaginable, he also created a model that could, on a small scale, be testable in the lab. Currently, he, and other labs, have been attempting to determine if they can create a very small warp bubble. To determine this they are trying to change the nature of a laser interference pattern in a predictable manner. They’ve had some success but nothing sufficiently definitive. White has been willing to talk about his results in symposia but so far no paper has come out yet.

So we have two extremely interesting ideas that are right now being tested in the lab. The Q thrusters– which, if they work, will pretty much open up the solar system to us– and the warp drive that could give us the stars.

I won’t live to see the warp drive in operation though I might live to see it disproved– that would be a sad day indeed. But the Q thrusters. That could get us anywhere. That’s the important research.