Every story contains at least one other story, sometimes in its creation, other times in how the telling affected the writer’s life or what came about as a result of the completed tale. Northlight is no exception.

My first professional sale was a short story, “Imperatrix,” to the very first Sword & Sorceress anthology edited by Marion Zimmer Bradley and published by DAW Books in 1984. Buoyed by the euphoria of that first sale, I embarked on a novel set in the same world. I created a race of “Weires,” giant silver-coated ape-like creatures that can travel between dimensions. I had this idea of going back in time to the first contact between this race and humans, how the Weires became devoted to the “Imperial” family, people who could sense the “paths between the worlds.” At least, that was the general idea. 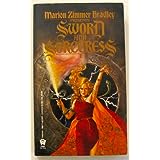 In my typical flailing-about way, I bumbled through a rambling, disjointed approximation of a novel (which was about my skill level at the time) and sent it off to DAW. A couple of years later, to my great surprise, I received a thoughtful and encouraging rejection letter from Sheila Gilbert. Meanwhile, I had drafted another novel (Jaydium) and joined a writer’s critique group. The group minced no words in telling me what was wrong with the early drafts of Jaydium, and I applied myself to the daunting task of learning to write at novel length. Finally, I sent off that book to Sheila and settled in for a long wait.

I continued to write and sell short stories, not only to Marion’s anthologies but to other markets as well. By 1990, I had made my first sale to a major magazine (“Madrelita” to F & SF). The “Weiremaster” story kept calling to me. Armed with my new skills, I took out Sheila’s letter and began revision. As is often the case, the story took off in directions of its own until the Weires completely disappeared. How I could lose track of eight-foot telepathic Yetis, I don’t know, but between one draft and another, they wandered off to their own world.

I found myself more and more drawn into the politics and relationships of the people of “Newarth” (“New Earth” — I cringe to admit it). I kept adding more and more fore-story, pushing the point of entry farther back in time. My group said it was all very well written and incredibly boring. Kardith (who you will meet on page 1 of this edition) didn’t make her entrance until page 150, but when she did, she set the story on fire.

Two things happened about this time: I slashed those first 150 pages and I lived in France. My family had a rare opportunity to stay in a furnished house in Lyons, an adventure too marvelous to pass up. For the first time since I’d started writing seriously, I had child care most of every week day, no day job, and very few other distractions. I set up my portable computer and got to work.

“Newarth” metamorphosed into Laurea. Kardith’s twisted past pushed the story in new directions. Terricel opened his heart to me as I watched him grow from a young scholar to a visionary leader. The horses, especially Kardith’s nameless gray mare, carried me through a landscape I’d never guessed was there. When I stood with Terricel in the northern light, I had no idea what would come next. I typed as fast as I could, just trying to keep up with the unfolding scenes.

By the time we returned to California, I had a solid revision. No Weires, no Imperial bloodlines, just a world full of wonders . . . and characters I cared deeply about. Even though it was financially terrifying, I folded up my day job to focus on writing.

Three months later, Sheila called me with an offer for Jaydium. I couldn’t have dreamed of a more perfect affirmation that I was on my true path.

Northlight, the book I wrote in France, is a tale of healing and adventure and some very cool horses. It came before and after that breakthrough first sale. I’m glad it stuck with me long enough for me to make it the best it could be.

As a final note, the book is dedicated to my kung fu teacher, Jimmy H. Woo. Jimmy brought kung fu san soo to the United States, and schools run by his students and their students still carry on this marvelous fighting style. Many of the techniques Kardith uses are based on moves I learned in san soo. (Not, however, the crazy leap.) Jimmy passed away while I was in France.