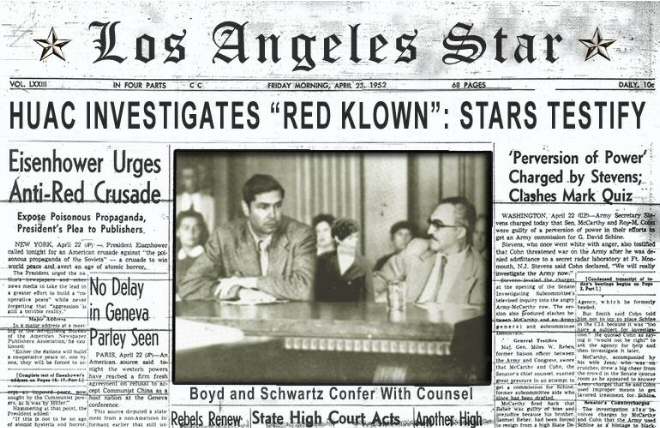 Among the many other things the Holiday Season brought me this year, it brought a wonderful old show business memoir called 170 Years of Show Business, written by Kate Mostel and Madeline Gilford (otherwise known as the wives of Zero Mostel and Jack Gilford, two comic actors of some note from the 1930s onward).  Since Kate and Zero and Madeline and Jack were all in show business, the idea of the book was that it was a compendium of all their experiences, although it’s told pretty much entirely by Kate Mostel, and goes from her childhood as a working dancer, through Zero’s death in 1977.  You might remember Zero: he was Tevye in the original stage production of Fiddler on the Roof, as well as Max Bialystock in Mel Brooks’s film The Producers.  You would likely know Jack if you saw him–he was the face of CrackerJacks for a dozen years or so, and appeared pretty much everywhere on TV after 1960 or so.  If you’re interested in stage history, or just the actor’s life as it was lived in the 20th century, 170 Years of Show Business is a fun, quick read.

But it got me thinking about history.  Recent history.  History that is just out of reach of my memory.  There are remarkable times I don’t recall, although I was alive for them.  I’m thinking of the McCarthy era.  I was in my cradle when the House Un-American Affairs Committee held hearings to determine the level of the “red menace” in Hollywood, and then in New York City.  I didn’t realize, when I started school, how much the lives of people around me had been affected by the HUAC hearings.  For example: Sam Gilford (son of Jack and Madeline) was in my brother’s class at Little Red School House.  Little Red was a progressive school with a largely liberal-minded population, hence its reputation as “where the little Reds go.”  When choreographer Jerome Robbins was called before the Committee, he named names–including Madeline Gilford and Zero Mostel.  They–and their spouses–were blacklisted.  They couldn’t get work under their own names.  No TV work, no film work, stage work mostly in small venues.  Keeping the kids fed and housed when you had to scrounge for work must have been hellish; me, I was in Nursery School and was aware of none of it.

Even when I was older, when the blacklist had faded away and Mostel was winning Tonys for his roles in Rhinoceros and Fiddler, and Gilford was a Tony nominee for Cabaret, there were aspects of the McCarthy/HUAC era that lingered.  When I was in 7th grade my science teacher was a thin, anxious looking woman named Helen Sobell.  I remember hearing that her husband was in jail for “something political” and that she was hoping he would be released soon.  Her husband, as it turned out, was Morton Sobell, a co-conspirator of Julius and Ethel Rosenberg, convicted of spying for the Soviets.  I think I heard all this, but it seemed vague and distant, part of the black-and-white TV era of my small-childhood.  By this time I was part of the brightly colored mid-sixties; the 50s weren’t far enough away to be quaint or exotic or vintage.

Now I wish I’d paid a little more attention. Reading 170 Years, I began to wonder which else of my classmates’ families or my parents’ friends were blacklisted, or lived in fear of it.  My father was an artist; my parents’ friends were artists and actors and writers, the sorts of people who were the natural prey of HUAC.  It’s not a bad thing that I was concerned with my own time, and not asking questions or taking notes for later use (ah, there’s that writer thing again).  But if I had it to do over again, I’d ask more questions.