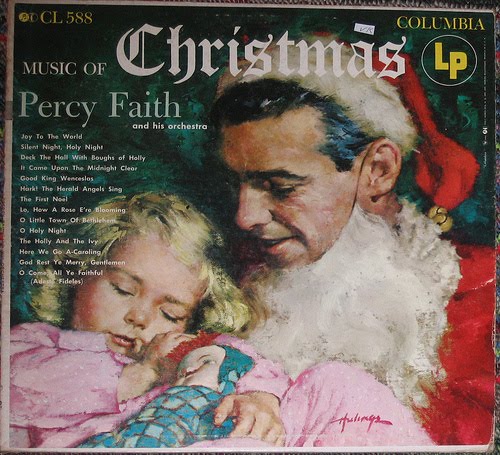 I was, religiously speaking, raised by wolves.  Which is to say, I was raised by two people who had no investment in the faiths of their upbringing (one Jew, one Episcopalian) and left it up to me and my brother to figure out where we stood.  My mother had a fondness for some of the trappings of her religious upbringing; I never heard my father say he was–to the extent that I was shocked, in my thirties, to discover (at a funeral) that Dad knew all the words to the Lord’s Prayer.

The result of all this: I spent about ten years as an attending, and fairly involved, member of a Unitarian Universalist congregation in NYC (didn’t like the UU church in San Francisco when we moved, so didn’t attend); my brother, meanwhile, has been an evangelical Christian since he was in his late teens.  (We’re split politically, too…it’s hard, sometimes, to believe that he and I are products of the same family, school, era, etc.).  I am fascinated and attracted by certain facets of religion (monastic life and ritual, the theatre of church service, particularly around major Christian holidays) but I don’t confuse that fascination with actual faith.  I have my own little church-of-one, with its own tenet (I don’t know nothin, but I try to be kind) and that’s about as far as I can commit.

Except at Christmas, when I’m kind of all in.

Extremely all in, in fact.  I love the tree, the decorations, the seeking out of perfect presents (and even the last-minute hold-your-nose-and-give-something presents that sometimes turn out to be just what the recipient wanted, unbeknownst to me).  I love the music, the incense, the smells of good food and pine, the light, the hush of good behavior among kids, the tracking of Santa via NORAD.  I do not mistake any of these things for actual religious experience in myself.  And I could have gone some other way.  I went to a primary school whose population (then, at least) was significantly Jewish, and progressive enough to mention, at least, many other winter holidays.  This isn’t unusual now, but in the early 60s it was weird: we talked about other winter holidays: the Islamic New Year and Ashura (both, like the Jewish holidays, moving targets in terms of American dates), and the Solstice celebrations and where the Yule  traditions came from (Kwanzaa was not thought of then).  At school, most of the kids I knew celebrated Hannukah; I was the odd kid out because my family did Christmas.  (Even then I realized that in the culture-at-large, the Hannukah celebrants were the the real odd kids out; Christianity was the “default setting,” and round about this time you don’t just observe Christmas, you soak in it).

I think my father liked the aesthetics of Christmas traditions.  I think my for my mother it might have harked back to her small town Episcopal upbringing.  And me?  I was bitten early by Dickens and my mother’s Percy Faith instrumental Christmas Carols (the fact that the guy on the album cover looked rather like my father in his pre-beard days impressed me deeply when I was small.  But who was the adorable blond cherub sleeping his arms?).  I liked the small rituals that sprang up in our family (all records received on Christmas day must be played while Christmas dinner is being prepared).  And I think my husband’s family did Christmas on pretty much the same basis: a pleasant holiday with many lovely traditions and no religious underpinnings.

So as adults with kids, we chose Christmas.  For us it’s not a religious holiday; it is secular, but we do try to keep the gluttonous fever of acquisition down to a dull roar.  And we give our love to the people who celebrate all the other winter-based holidays.  Because when it’s cold and the sun seems to be disappearing at an exponential rate, and spring seems like a distantly remembered dream, everyone wants to celebrate the light, the hope, the joy that Hannukah and Christmas and Kwanzaa and solstice celebrations promise.

Whether you’re celebrating Christmas or just going out for a movie and Chinese food, I wish you joy and light.