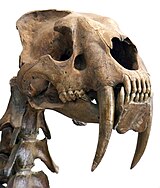 My father was convinced that early exposure to music was important and from the time I was born (some time around the K-T boundary) he played classical music in the house. When I was very young– perhaps three– he bought me a small 78 rpm record player and a set of record albums. The story in the family is I would put on a record, sit and listen to it and then, when the record was over put the needle back on and listen to it again. Some years later I found those albums and the grooves had been worn off. They were flat as glass.

I’ve been playing music ever since. Think of me as a determined, gifted amateur– except for the “gifted” part.

Some of it is basic physics. A440 is the standard tuning note against which other notes are tuned. Double that frequency to 880 and we hear the same note higher in pitch. Cut it in half and we have the same note lower in pitch. The interval between frequency multiples can be divided into thirds, fourths and fifths. (See here.) In the west we have divided the interval between one frequency and its double into the octave. Other cultures divide it differently. However, all cultures recognize the multiple. Most, but not all, recognize thirds, fourths and fifths.

But it’s more than that.

Bruce Chatwin wrote a book (The Songlines) where he discussed some of the mythology of song in Australian aboriginal culture. Songlines are paths across the land taken by creator beings. Chatwin suggested that the songs were also navigational instruments. Pius Piailug was the navigator on the H?k?le?a on its long voyage to Tahiti. He used old methods of the islanders including watching stars and currents to find his way. There’s a scene the documentary Papa Mau where he is shown teaching navigation to children. He teaches it in song. Its obvious why: we remember music much, much better than we remember almost anything else.

I believe music is more fundamental to our humanity than language. We sang before we spoke but probably not before we walked.

Okay, keep that in mind. Now we change subjects to evolutionary altruism.

Like physics, there’s a lot of unknowns in evolution. The big hole in physics is gravity and the reconciliation of quantum physics and relativity. One of the big hole in evolution is altruism. You can see the evidence of the conflict since E. O. Wilson and Richard Dawkins are fighting about it. (See here.)

Biological altruism is fairly succinctly defined. It’s the circumstance where a reproductive entity decreases its own chances of reproduction (termed “fitness”) to increase the chances of another organism. A monkey giving a warning call is putting himself at risk by announcing his position and decreasing the risk to the rest of the troop.

But, in evolutionary terms, why would there be a selection of any organism to reduce its own fitness?

One idea on the origin of altruism is kin selection. If you share food with everybody, relatives and non-relatives alike, you put your gene pool at risk. But if you share only with relatives then you are not only propagating your own genes but that portion of your genetic heritage you share with your relatives. In these circumstances altruism has a positive reproductive benefit rather than another one. To bring it back to the monkey, if your troop has a significant proportion of relatives, the money benefits his larger shared gene pool at the risk of his individual survival. That can be a win. There’s a cost/benefit proposition. As long as the cost (in genes) is less than the benefit (genetic survival) then selection tends towards the behavior. If the C/B shifts the other way, there’s a selection against the behavior.

But kin selection falls apart when there’s not a high enough relatedness in the group. One model is reciprocal altruism: I help you in the hopes that you’ll help me later. Both of us benefit and our fitness is thereby increased. This falls shortly into group selection, which is what Dawkins and Wilson are fighting about. Group selection suggests there are circumstances where a particular gene or genes can spread throughout the population because of the benefit they bestow on the group as a whole independent of whether they give a benefit to a particular individual.

The problem of altruism in animals is one thing. In humans it’s a different problem. We don’t know directly if animals act altruistically but we know humans do. There are scores of actions humans take that actively reduce their reproductive fitness for no reproductive benefit. Think firemen. Think the military. These are often lumped into behavior that has a benefit for the individual: status, wealth, security. These benefits are supposed to increase the fitness of the individual. Yet, it doesn’t take much examination at least in modern society to see that while these benefits may (or may not) benefit the individual reproductively. In terms of reproduction, volunteering to serve the country falls pretty short of sitting in front of the television eating Ho-Hos and squirting out babies. So it’s not productive to do this in evolutionary terms.

Yet we do it all the time. We adopt children– no reproductive advantage there. We adopt pets instead of children. We invest time, money, effort in saving starving children in Bangladesh. White people marched in Alabama for the rights of blacks. They marched specifically to increase their own competitive disadvantage.

We see around us all the time how people compete. Ingeniously. Duplicitously. Fairly. Viciously. The competitive mechanisms are obvious. It’s easy to forget how fundamentally cooperative we are even when it doesn’t do us much good to do so. The competitive mechanisms are all in light of what we normally thing of as Darwinian evolution– “nature red in tooth and claw.” But cooperation and altruism are just as important if not more so. We didn’t manage to kill off the saber cats because we were the biggest badass on the grassland. We killed off the saber cats because we were better at working together than anything else, kin or not.

In music, you’ll often see people who are part of completely different musical experiences play together. Somebody from Cameroon might play with somebody from Tibet. Or a South African singer might play with Chilean piper. Language barriers don’t matter. Cultural barriers don’t matter. They just play. This happens all the time. It happens so comfortably and easily we don’t even consider it as odd. Why shouldn’t they be able to play together? Maybe because it ought to be impossible?

After all, if two people can’t speak together why should ever expect them to sing together?

I like to imagine a Homo erectus band out there in Africa on a moonlit night singing together. Around a fire. The bonds of fellowship caused by that music strengthening them beyond mere family ties.

And the next morning, that band goes out and gets that damned saber cat.