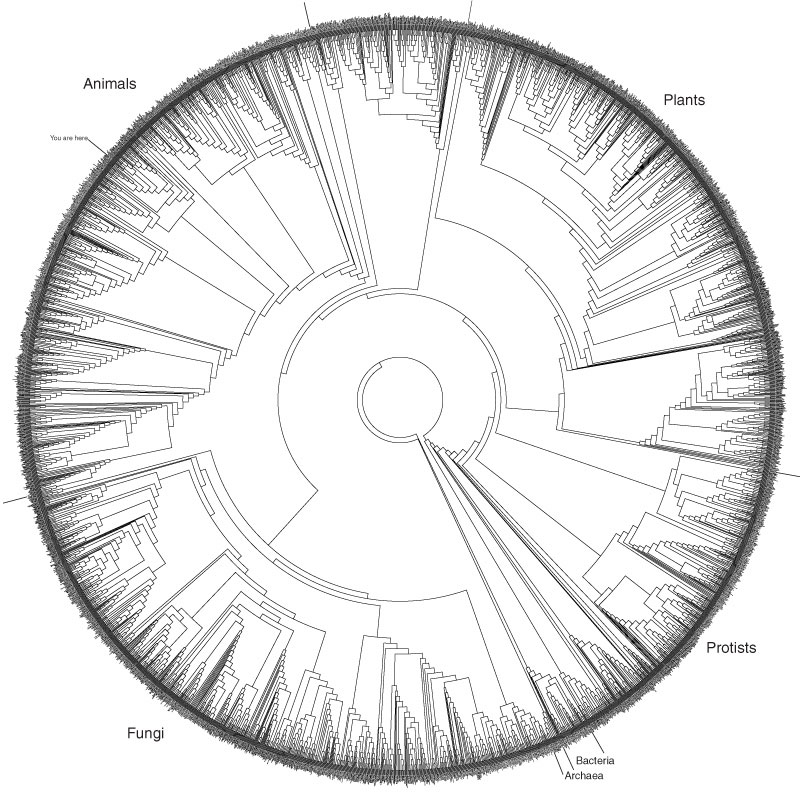 I’ve been thinking about the long view recently. Specifically, the age of life on this planet. Wikipedia’s timeline of evolution is interesting but it compresses as it approaches us, in effect giving the same weight of the rise of complex cells to the rise of insects. This tends to trivialize the magnitude of complex cells.

I think we can only consider a few points in the timeline as truly revolutionary.

Neurozoan appears to be the invention of John Opie (2010.) Lots of animals have nervous systems and no brain– hydras, for example.

I do not use the term “revolution” lightly. While nothing really compares in scale to the abiogenesis, each of these so-called revolutions changed the landscape of earth. Once we had prokaryotes we had the ability have true inheritance via DNA and variability in metabolism. We got photosynthesis and an oxygen atmosphere. Once we had eucaryotes we could have fungi– which pretty much created something called “soil.” Multicellular systems comprise all complex life forms from trees to sea anemones. I suspect the roles of predator and prey, as we know them, originated here.

Once we introduce cognozoans, we have abstract behavior. Mating dances. Specialized predator/prey strategies. Fish. Crabs. Beetles. Starfish. Squids. Anything with a CNS. Most animals past the size of mesozoans have a brain. One could venture a guess that a central processing system is required beyond a certain level of behavioral complexity.

While this is an animal centric perspective I may be addressing some plant concerns as well.

I’m going to be going over these revolutions in the next few weeks and talking about them one at a time. Each of them is worth a blog entry of their own.

This is going to be fun.