↓
Home Menu ↓
Skip to primary content
Skip to secondary content
Home→Book View Cafe→A Christmas Tree, or: Objects May Be Larger Than They Appear 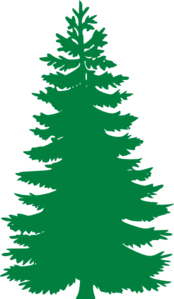 I believe I have said before: I was raised in a barn. Not as to table manners, but as to structure.  My family had been in the process of converting the barn to a livable space for about eight years when we moved in full time. But even before that we spent every weekend and all vacations in the country, my parents working on various construction projects or trolling lumber and hardware stores or antique stores while my brother and I lurked, trying not to break anything (antique stores) or cut off any digits (hardware stores and pretty much everywhere else).  The first year we had Christmas in the country, things had been left to the last minute (our Christmas stockings were filled jars of jam from a General Store we stopped at on the way up to Massachusetts).  Our Christmas tree was a series of boughs my father cut down that night and nailed to the wall in a roughly tree-like shape (when you live in a barn, nailing things into the wall is not a problem).

The next year, however, we got us a real tree. From our own mountain.  We set off, my father, my brother and I, up the snow-covered path behind the house.  For the first hundred yards or so it was pretty clear, after which there was about fifty yards of fighting your way through the briar patch (no blackberries in December, but still a gracious plenty of thorns), and then another 200 yards or so of climbing up an increasingly steep (and slippery) incline until we reached the stone fence, a family landmark.The stone fence was a 3-foot high wall of rocks enclosing a vast rectangle of what had once been farmland. The farm, defunct for many many years, had been taken over by trees.  The trees had subsequently been logged for a time (now and then we’d stumble over the hulking, rusty remains of an old logging truck, like coming on dinosaur bones) but that time was decades ago.  There were hundreds of fir trees, reaching to the skies.

I think the notion of cutting down a tree on one’s own mountain seemed to all of us like a fine, outdoorsy thing to do; as so often happened, no one really thought through the logistics.  My father spied a nice tree, my brother and I agreed that it was a lovely nice tree, and Dad whipped out the axe he got from Axe & Answered and chopped it down.  Then we began to drag the thing down the hill.

We were probably half a mile from the Barn.  I was nine that year; my brother was seven.  We were very willing to help, but probably weren’t much use.  Dad began to tug and pull at the tree, with our nominal assistance, until it had sufficient momentum to start sliding down the mountain.  At one point we had to lever it over the top of the stone wall, a process I recall as taking forever and requiring many shouted instructions and considerable profanity.  We made it down the steep part of the hill without anyone dying, through the briar patch again, and finally onto the lawn and thence the terrace.  At which point the true nature of our Christmas tree was revealed to us:

It was thirty-five feet tall.

Up there on the mountain, surrounded by seriously tall pines, our little tree and been petite and cute.  Lying on its side on the terrace it was huge.  We shook off all the snow and debris that had accumulated as we dragged the tree down the hill, and, if memory serves, opened the sliding glass door that was only opened on state occasions because the track was rusty and the door weighed a literal ton, and eased the tree into the livingroom.  Fortunately, the living room had forty-foot ceilings (Barn!).  So my father rigged up a sturdy tree stand, we put our Mexican tin star on the top, and we raised the tree to it’s metaphorical feet.  It was awesome: a little like having the Rockefeller Center tree in your livingroom only without people skating underneath it.

All the lights and ornaments were brought out from the closet.  My father supplied a six foot stepladder. My brother and I were allowed to decorate the tree as far up as we could reach from the second-to-the-top step of the ladder and no higher, so we lavishly decorated.  Our Christmas tree that year rejoiced in lights and decorations on the bottom seven feet of the tree, then there was a long, uninterrupted space of blank pine, and finally, way at the top, the Mexican tin star that had presided over trees and tree-like objects for years prior.  Like so much in my childhood, it was splendid and just a little odd.

The next year my father went back to nailing boughs on the wall.