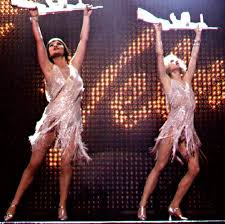 Steven Harper already touched on this, but I think it bears more discussion.  You’re writing from now.  You are (if you’re honest with yourself) a creature of now, with the prejudices and assumptions of now.  And your audience is reading from now.  But what about if what you’re writing takes place then?

I’ve said before in this space that almost nothing irritates me so much as a novel set in another when-and-where that doesn’t acknowledge that the culture, beliefs, and attitudes are different. And most readers are willing to accept that attitudes toward, say, sex, or money, or religion, might have been different in the middle ages or Renaissance Italy or 17th century Japan.  Often we read about exotic times and places because they’re exotic.  But the recent past, the past we think we know because we were there, or our parents were there, that’s not exotic, and we know how this works, right?

How it works is: reader assumptions may come slap up against the truth of the past, and readers will be baffled or up in arms about it.  An example: my friend Ellen Klages, whose wonderful The Green Glass Sea and White Sands, Red Menace are set during WWII and just afterward, regularly gets mail from parents and teachers saying “why are the parents smoking?  What a terrible example for the young!” or “that woman is pregnant and she’s drinking alcohol?  Are you nuts?  What about fetal alcohol syndrome?Doesn’t she know…”  Well, no, she doesn’t.  A lot of the health issues about smoking and drinking during pregnancy didn’t come out until the 60s and 70s –during WWII there were still ads extolling the health benefits of cigarettes!  It’s perfectly reasonable for characters in 1947 not to know what we in 2010 take for granted.

So: can a writer head off this problem?  The topic came up the other day when I was proofreading Brenda Clough’s excellent soon-to-be-a-BVC e-book.  Speak to Our Desires is set in the sixties, a time of fairly, um, permissive attitudes about sexuality.  I was there, so to speak: growing up in Greenwich Village in the early and mid-60s, I imbibed a lot of those attitudes (including the notion that I was a social failure if I hadn’t had sex before I was 18).  Even so, when the 17 year old heroine of the book embarked on a sexual relationship with a much older man, I kept wanting someone to say, “Hey, statutory rape, dude.”  The older man gets flack for being with a younger woman, but my 2010 self wanted some sort of acknowledgement of what, after years of Law and Order: SVU reruns, seems like a given.

The whole problem is complicated by the fact that sex with a minor was a crime in the 60s, but it was selectively enforced, depending on the where and the who: if the girl had a host of truculent male relatives, or if one party was one color and the other another, or if the event took place in a particularly conservative area of the country, the response might be either a shotgun wedding or court proceedings.  So how is a writer to signal to the reader that, yes, this is a different time, we thought differently then, it wasn’t necessarily a good thing but it was the way things were.

The best answer I’ve got (and I’d love to see answers from the group mind) is that it depends.  In my Sarah Tolerance books I put an info-dump at the beginning of the books to make it clear the economic and social price a woman paid for sex before marriage, because if you don’t understand that, the rest of the book makes no sense.  Sometimes all you have to do is put in an acknowledgment of the reader’s attitude: “You know, Lenny, those cigarettes are gonna kill you.”  “Whaddaya talkin’ about?  9 outta 10 doctors smoke Camels! Can’t get healthier than that!”

The past is another country.  And the border to the past begins within our lifetimes.  It pays us to remember that, as readers and writers.

Madeleine Robins is a founding member of BookViewCafe, the author of ten novels, and is of course working on an eleventh.  You can check out her short fiction on BVC, read her daily blog, or check out her website.  Or you can turn the page.