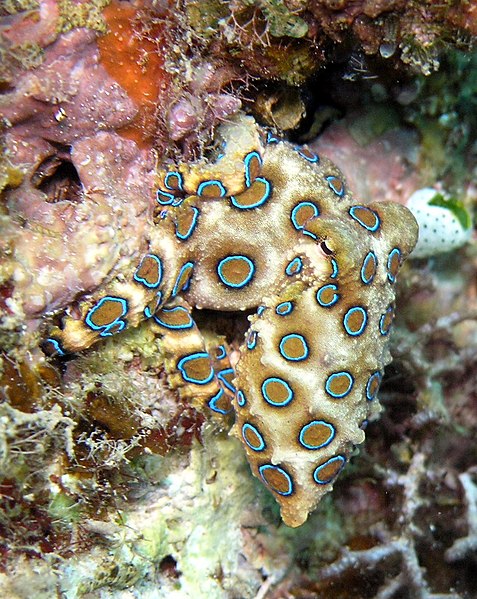 Evolution is hard to understand not because the principles are difficult– they aren’t– but because the opportunities for selection pressure and the mechanisms of adaptive response depend on past evolutionary events we may not know.

But there are patterns that show up regularly.

One of these is the “evolutionary arms race“.

The EAR describes a situation where two sets of genes (housed in different organisms either in the same species or different species) that exert selection directly on one another.

An example came across my desk today so we’ll use it.

Consider the echolocation of the bat.

Bats used different styles of echolocation to find their prey. They use a general form to find the objects they’re flying around, the geography and the availability of food on the wing. When they zero in on a particular prey object the nature of their clicks change, coming faster and faster– getting more and more accurate position updates.

Moths, one of the selected prey species, have adapted to the shift in echolocation technique. Some take evasive action or merely fall out of the air whenever they hear the clicks. Some emit their own clicks like ultrasonic chaff attempting to fool the hunter. Some moths can tell the difference between normal and targeting echolocation and only take action on hearing the shift.

Bats have adapted to their prey’s adaptation. Some bats have pitch shifted, moving their frequencies above or below what their prey can detect.

A species of the European Barbastella changes the amplitude of the clicks as it homes in, making them quieter and quieter as it gets closer.

Another example of the arms race is between the common garter snake and the newt. Tetrodotoxin is the same poison in fugu— death by respiratory paralysis. Some western newts also produce TTX– a lot of TTX. Enough to poison all of the humans in a small room. All because garter snakes particularly like this kind of newt. The garter snake has evolved an immunity to TTX– not a complete immunity. Just enough that a certain amount of TTX will kill it. Which means a selection opportunity for those newts making more than that certain amount. As the newt population shifts to the higher dosage it has a selection effect on the garter snake– those that have an immunity to a higher dosage of TTX survive and those with a lesser immunity don’t. Which puts the same selection pressure back on the newt.

There’s some good fossil evidence that some sort of arms race occurred with trilobites.

The golf ball sized blue ringed octopus (Hapalochlaena maculosa) also uses TTX both for predation and protection. (I should do a blog on TTX.) It is also hypervenomous in that a bit from it can kill a human being. Pretty strong stuff for something that lives on crabs. A cursory google search didn’t turn up any resistant prey or predators but I’m guessing they’re out there.