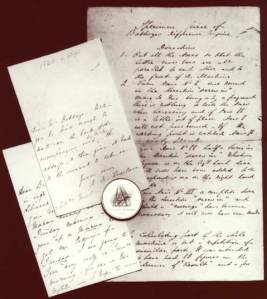 Just got an email from BigHouse Books.  They’re agressively seeking paranormal Shakespere sequels.  Have you got anything along these lines?

As a matter of fact, I reply, I’ve got this project I’ve been working on, THE LIFE AND CRIMES OF JULIET CAPULET.  But it’s a gothic.  Are they taking gothics?

Turned out they were.  I went back to my files and found I had not the start on the proposal I’d thought I had, but the requisite three chapters, plus a bunch of notes for the synopsis.  Huh.  When had I written that?  Obviously when I had the time.

Like the three years I was out of work.

There are several solid reminders for me as a working writer in these exchanges (aside from the one that I owe my agent chocolate yet again), but the first one I want to talk about is: Never Stop Writing.

Those of you who have followed this blog regularly may know that in 2006 my contracts went away, and I had a majorly hard time getting any new ones.  There were a number of reasons for this; a problematic editor, a bout of very serious ill health for my agent, and that little thing known as The Great Recession.  Probably the nature and quality of what I was writing played into it as well.  These things have been known to happen.

To say that I was plagued with self-doubt at this time would be putting it mildly.  I was scared out of my mind I’d never sell anything new, ever.  All I had going for me were the reflexes I’d built up when I was starting my career; to write, to finish what I write, to get it out the door, and start the next project.

This is really important, not only because it’s how you maintain an income stream as a writer, but because you never know what’s going to sell, and because it’s one of the few aspects of the publishing business the writer can actually control.  I have no control whatsoever of what’s going on with my editor.  None.  I don’t know whether he’s had a fight with his significant other, I don’t know whether he’s had his prunes this morning and I don’t know if she’s watched six collegues get laid off because of budget cuts.  And even if I did know, there’s nothing I can do about it.  The only thing I can do anything about is whether or not I’ve  got my work in their in box when time comes to buy.   If I stop writing, if I wait, my work won’t be there, but somebody else’s will, and they will sell, and I will not.  It’s that simple.

And that hard.  Writing without selling is miserably difficult.  You’re basically talking to yourself, and spending a lot of time and effort to do it.  People in your life start to look at you funny and quietly leave job applications on your desk.  But there’s nothing else to do, because there’s no other way to get and keep your work out there.  And if you only send out one project, you’ll not only go slowly insane waiting for your answer, you won’t be honing your craft, or developing that next idea, which might be the one the editor is really looking for.