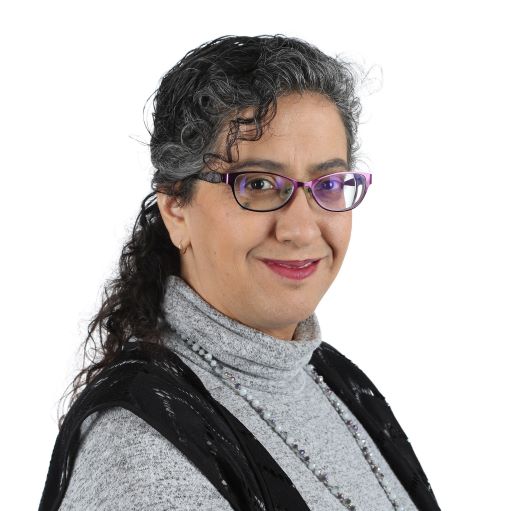 Book View Café is very pleased that we have another new member. We are excited about the projects Elizabeth Schechter will bring to our bookstore next year. Please join us for a brief chat.

Q: Have you decided yet what writing means to you?

A: For me, writing is catharsis. It’s a way to channel everything going on in the world out in a somewhat productive manner. Which means that occasionally, things get really dark, and there are some characters in my books who I would never want to meet in a dark alley.

Q: How important to you is success, (or example) And do you know what kind of “success” you are seeking? Is the writing enough justification in itself? Do you hope to be able to write exactly what you want, and still find an audience for it? Or is the writing what it is, and its own reward?

A: For me, success is the “dammit, Liz!” response when someone picks up one of my books and can’t put it down. It’s closely followed by the “WHERE’S THE NEXT ONE?” response.

However, I think the real marker for success for me is when someone meets me for the first time, and their eyes get very big as they ask “You’re that Elizabeth Schechter?”

Q: Do you use different styles for short versus long fiction? Is this deliberate?

A: I will occasionally do things that I call “stunt writing,” where I try out new things or new voices. Maybe work in a little suspense. I’ll do that in short fiction, and usually in fanfiction, so I can practice and learn and hone my skills in a safe environment. So my different styles aren’t short versus long fiction, but more playtime versus commercial fiction.

Q: Do you intentionally change your style and voice for each story, each world you create? Does voice follow the world, or a particular character?

A: I change style between worlds, because some worlds need a more formal tone, and others are more playful. And for me, voice follows character, and there’s usually one character in every book that will stand up and try to take over. When I HEAR that character, then I know I’ve really got a good grasp on them.

Q: What have you learned from your own writing? To what concepts, intentionally or not, do you think you’ve exposed your readers? (Tolkien’s species, such as hobbits and sentient trees, having tolerance for each other. Heroines and heroes with almost inhuman patience, etc.)

A: I think the one concept to which I’ve consistently exposed my readers is that there’s no one way to love someone, but that everyone is deserving of love. I’ve written almost every facet of the LGBTQ+ spectrum, and I’ve written disabled and neurodivergent characters, and yes, they all get their happily ever after.

Q: Some people jump into fiction, taking a character or an idea that interests them and simply start writing. Others research like mad before they start, and still others have a character tap them on the shoulder, and then they start researching.

A: It does greatly depend on the story. I tend to write all the speculative subgenres of romance, and I write historic, and steampunk. When I write speculative, I worldbuild like an anthropologist. Every aspect of my world needs to make sense and feed into every other aspect. I make jokes about being a frustrated cultural anthropologist, but a lot of my worldbuilding is informed by looking at it through that lens.

Now, when I write historic or steampunk, there’s almost constant research. If the work has a historical basis, even if it’s steampunk or gaslight fantasy, I still need to know what was going on in the world. And the details need to be correct, because I fully expect to be called on it if I get something wrong. I spent three hours on finding out if there was a train that ran from Aachen to Salzberg in the winter of 1899, how many times you’d need to change trains, and how long the trip would have taken. It came out to maybe a paragraph in the finished work, which was book 4 of my Swords of Charlemagne series.

The funny part of this was that I mentioned doing that research when talking to a middle school English class. One of the kids in the class was a train enthusiast, and he knew exactly what I was talking about and what train I meant!

Q: What kind of fiction are you drawn to write? Has a particular style caught your fancy?

A: I write speculative romance and historic romance because those are the genres I read.

Q: Are you drawn to short fiction, or novel length stories?

A: I started with short fiction, but I’ve been writing novel length for quite a few years now. And I don’t write short novels. There are a lot of words between the covers of an Elizabeth Schechter book.

Q: Did you ever consider writing non-fiction?

A: I’m currently doing the groundwork for a worldbuilding guide based in cultural anthropology. I’m planning on calling it Imaginative Anthropology.

Q: How did you become involved with Book View Café?

A: A friend of mine said “Hey, you’re going to be at ICFA (the International Conference of the Fantastic in the Arts). You need to meet this person. I think she’ll be good for you to know.” That person was Jennifer Stevenson, who brought me into BVC.

Q: Pimp yourself out. What has been your most recent work? Or what is about to come out? Do you have any interesting stories about writing it? (Did you write it on the backs of envelops with a pencil clasped in your teeth because both arms were broken at the time? No? Darn! That would have made a great anecdote!) 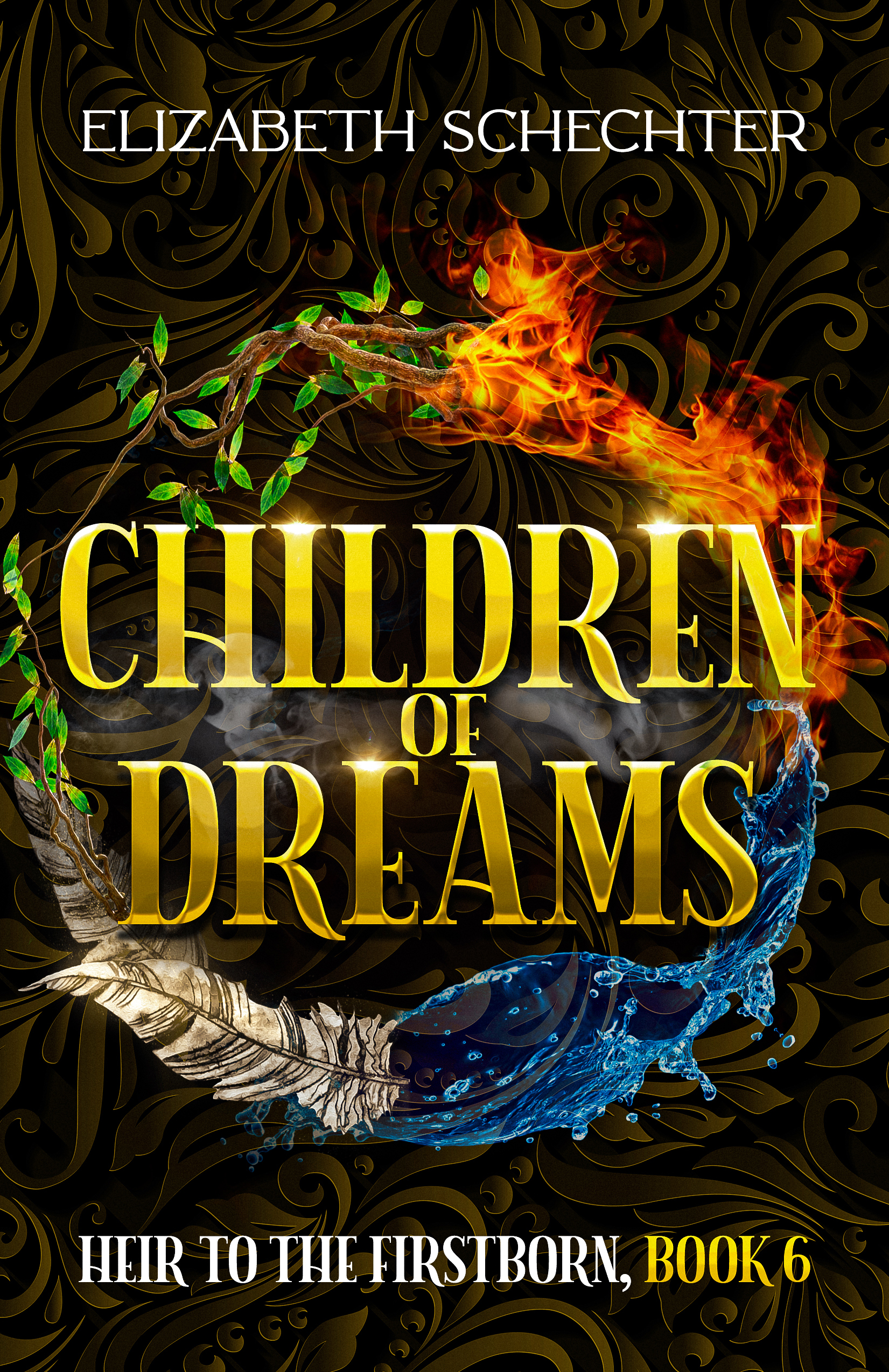 A: I just finished up my Heir to the Firstborn series, which started as a serial. The serial ran for four and a half years, and was written in real time, one chapter a week on Patreon. Now it’s six books.

The tenth anniversary edition of Princes of Air, my first published novel, just came out in September, and in 2023, the first book of the sequel duology will be coming out. That’s The White Raven: Morrigan’s Heir (at least, for the moment that’s the title.)

I’m also working on getting my Swords of Charlemagne series ready for Book View Café.

Q: Tell me a little bit about you as a person? What are your hobbies?  Favorite tv shows? Interesting facts about you (were you a former Rockette?)

A: I am a former medieval reenactor, a costumer, a gamer, an all-around geek and polymath, and a retired interfaith minister. I knit, I’m learning to shuttle tatted lace, and I worked as a jeweler for years before I started writing. And every December, I give my social media posts over to Cookiepocalypse, because it’s not the holiday season if there aren’t way too many cookies.

Q: Do you have any pets?  Have they ever found their way into your work?

A: I don’t have pets at the moment, but I have three kids (one blood, two bonus). The only one who has found his way into my work is the oldest, whose tagline of “Thanks, I hate it.” showed up in the last Heir to the Firstborn book.

Q: What do you do to spark your creativity? Do you write to music? Fish with a pen in one hand and paper in the other? Choreograph fight scenes while balancing on the back of your couch and using a paper towel roll as an improvised sword? (Or maybe that’s just me)

A: Our fight scene choreography involved a Swiffer dust mop because the scene was sword against axe and while we have several swords (see above: Medievalist), we didn’t have an axe.

I write to music, and I have playlists for writing on Spotify. One general writing, and several themed to series that go along with the feel of the world. One series I’m working on will have a dedicated playlist linked in the book—one song per chapter.

Q: Any advice out there for people who want to get started writing?

Q: Did any writers inspire you to become an author?  If not, what sparked that desire in you?

A: A few years back, I got to tell Jacqueline Carey that it was all her fault. I’ve always wanted to write, but I didn’t get good at doing it until I got involved in a play by email role playing game based on the Kushiel books (from back when there were only three books, which tells you how long ago that was!) The game was officially sanctioned by Jacqueline, and it ran for over five years of daily storytelling and interacting. Four published writers came out of that game (that I know of—I fell out of contact with some of the other players when we wrapped.)