A Look at Inventors 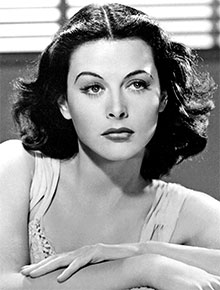 First, a word about semantics. And modifiers. My initial title for this blog modified ‘Inventors’ with ‘Female’. Then as I thought more about the necessity of having to add ‘female’ as a modifier to certain nouns generally biased toward males, i.e., female doctors, female pilots, female engineers, I decided against it. Aren’t we past this yet?

No, and here is an explanation of why I say this.

Rear Admiral Grace Murray Hopper earned her masters in mathematics at Yale University in 1930 and her P.h.D in physics at that same university in 1934. She struggled to get into the Navy during WWII, and once safely there, she devoted her capacious brain to computational efforts, the result of which was UNIVAC and the development of COBOL, one of the most widely used computer “languages” in the world.

Along the way she acquired a husband and then lost him to divorce, never remarrying. Such is the life of many inventors.

Hedwig Eva Maria Kiesler maintained a life-long hobby of inventing things. The story popularly told, by herself, and others, was that she occupied her loneliness in a suffocating marriage by discovering design and science. When she decided she’d had enough of her Nazi-linked Austrian husband, she persuaded him to allow her to wear all her jewels to a party, then disappeared, re-surfacing in Paris to be discovered by Louis B. Mayer.

One of her many famous lovers, Howard Hughes, supported her tinkering and credited her with the aerodynamic improvements to his airplane wings. And, most famously, during WW11, Hedy Kiesler Markey, collaborating with a composer and pianist, designed plans for a frequency-hopping device to prevent jamming in torpedoes, a mechanism now credited with being the platform for Bluetooth, GPS and WiFi.

Her love-life, while more chaotic than Grace’s (6 marriages, 3 children) was no less of a disappointment, but perhaps more of a distraction.. Maybe because she found something more interesting to do.

For the final inventor in this selection of very smart ladies, I save the smartest for last.

Ruth Graves Wakefield was a Massachusetts girl, was educated at the Framingham State Normal School Department of Household Arts where she was a dietician and food lecturer. In a savvy move, she bought, with her husband, a historic inn named the Toll House, where for more than a century travelers ate and rested while their horses were changed out, and paying the toll for the road between Boston and New Bedford. Like the fictional Mildred Pierce, Ruth was book cook and chef, providing popular lobster dinners and desserts.

Her specialty was Butter Drop Do cookies, a greatly desired and rich dessert. But a happy accident benefitted generations of Americans one day.

Ruth used Baker’s bittersweet chocolate in her cookies, because it melted into a chewy mouthy confection. In her rush to get a batch of cookies ready for expected diners, she discovered that she had run out of Baker’s; however she happened to have several Nestle semi-sweet chocolate bars, which she hurriedly chopped into the dough.

To her chagrin the chocolate bits didn’t melt into the cookie during the bake, but in spite of this these cookies flew off the shelves.

Ruth named her culinary invention Toll House Crunch Cookies. The popularity of these cookies grew after Betty Crocker introduced them to the broader world on her radio show, “Famous Foods from Famous Eating Places”. After that it was easy for Ruth to approach Andrew Nestle—the sales of Nestle semi-sweet chocolate bars sky-rocketed after the recipe was published. As part of Ruth’s deal with Nestle, Ruth received a lifetime supply of Nestle chocolate, and the Toll House Chocolate Chip Cookie recipe was printed on every bag of the new product, Nestle Chocolate Chips, invented for just this purpose.

The rest, as we women say, is history.

PrevPreviousIt’s over now, the music of the night…
NextMaking a Spectacle of YourselfNext