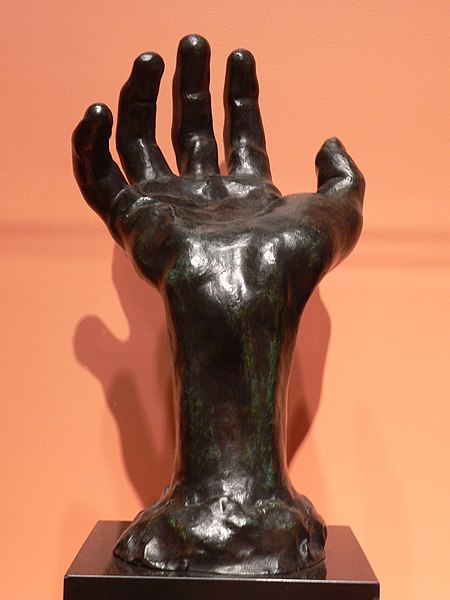 My son showed no preference in handedness when he was young. He drew, threw and caught equally well with either hand. However, when he started to write we did suggest he pick a hand to use rather than switch between them. He chose his right hand.

Later, when he wanted a baseball glove, I asked him which hand he wanted to throw with. He picked his right hand.

In both cases, he said the reason he wanted to use his right hand was it was the same hand used by most of his friends.

These days he is preferentially right handed. I think this is mostly because he doesn’t want to take the time to bring his left hand up to speed. When we’ve played catch and he tried it, it took a little time for him to make his left hand do as well as his right but he was able to do it eventually. When he started to learn how to juggle this came up again: juggling as an incentive towards ambidextrocity.

This got me to thinking. Why are humans predominantly right handed, anyway?

The human population ranges between 70%-90% right handed. Handedness is one of the few behaviors that appears to be uniquely human. It has significant impact on human culture– tools, doors, cabinets, electronic interfaces are often oriented around handedness– the power switches on power tools are oriented as to be near the right hand.

There are some advantages to hand choice as opposed to handedness. In some forms combat, boxing for example, you present one side for weak short distance (but protect) strikes keeping the stronger string in reserve. You can see this in boxing films. The left hand is often held up for jabbing but the strong strike comes from the other hand coming up and driving from the hips. The strong strike is vulnerable as it uses the whole body motion while a jab uses only the power of the arm. Similarly, a handed tool has some advantages. That switch has to go somewhere. It has to go next to a hand for safety’s sake and it’s expensive to manufacture something that fits both sides.

Given that a hand choice might be advantageous, why the right? Is it just cultural– some common cultural trait that has come down to us over half a million years?

Well, there is some evidence it’s genetic.

Some years ago there was a study done on families that had an inherited form of dyslexia. The study was, in part, to determine if there was a handedness to the trait. In the course of this study, LRRTM1 (Leucine-rich repeat transmembrane neuronal protein 1. See also here.) was discovered to be associated with handedness. One variant increases the odds of being left handed. It also slightly increases the odds of schizophrenia. But I’m not going to go there.

Here’s where it gets really interesting.

One of the areas that are asymmetric in the two sides of the brain is Broca’s Area, an area of the middle outside of the brain. The BA on the left side of the brain is involved in both language and speech production as well as perception. It also contains mirror neurons– neurons that not only fire for a specific activity originating in the subject but also activate when the subject perceives the same activity in another.

One idea about the origin of human language is that it derived from primate vocalizations. However, Broca’s Area, or the equivalent area, is not involved in monkey vocalization. That role is occupied by another area of the brain. (See here.) In monkeys, the Broca’s Area homologue is involved in controlling manual gestures. It also has mirror neurons.

Left brain/right brain asymmetry is known in chimps– chimps show handedness, though it does seem as fully expressed as it is in humans. But Broca’s Area, or its corresponding location, is also not involved in vocalization though it does have considerable mirror neurons. (See here.)

It also turns out that gestures themselves have a handedness that appear to be related to speech. (See here.) A lab in France studied “oscillatory movements” to “audiovisual stimuli” in the “speech frequency”. I think they were creating rhythms that corresponded to speech patterns. What they found was the processing of these rhythms were processed on the same side as the speech dominant side of the brain.

Returning back to chimps: the mirror neurons in the “Broca’s Area” of the chimp brain fire upon perception of communicative signaling. (See here.)

But like anything else in biology, the heritage of the animal is a big determining factor. What sort of specializations occur in the brains of non-primates? Or even non-mammals?

When there is preferential processing on one side of the brain across a statistically significant portion of the population it is called lateralization. Lateralization has been shown in fish, frogs and other non-mammals. (See here.)

Experiments with pigeons (see here) suggest that at least with birds preferential visual processing can be environmentally caused.

In mice, this has been induced. Mice have very sophisticated sensory systems located at the base of their whiskers. A lab in Switzerland bred mice with an asymmetry in those systems and created a population of either left handed or right handed animals depending on the breed. This is, I think, analogous to the preferential processing induced in pigeons I mentioned early. Sensory system input triggered preferential processing in the brain. In these cases an induced environmental change, originating from either outside the organism or inside the organism, caused an adaptive response.

A lab in Italy performed a test of lizards and found they, too, showed a preference for taking prey from a single side: the right. (See here.) There’s even handedness in the coiling pattern of snakes. (See here.) Ornate dragon lizards here. Fish here and here.

Now, this is not handedness in the way we think of it in humans since it was caused by an external influence. But there are many examples where evolution took advantage of a flaw and turned it into an asset. I went looking and sure enough I found it here.

So: lateralization occurred early in vertebrate history. It took various forms, some environmentally induced, some heritable. In primates it was strongly associated with manipulation of objects. In chimps it was associated with signaling gestures.

As to how we became left brained speakers?

We talked to the hand.